Cemex’s transition from a multinational building materials producer to a regional one continued this week with the launch of its ‘Operation Resilience’ strategy. The plan is a stew of coronavirus response, earnings growth, debt reduction, portfolio sharpening and sustainability measures. Yet the intent to “construct a portfolio more weighted towards the US and Europe” marks a public confirmation of the company’s direction in recent years. 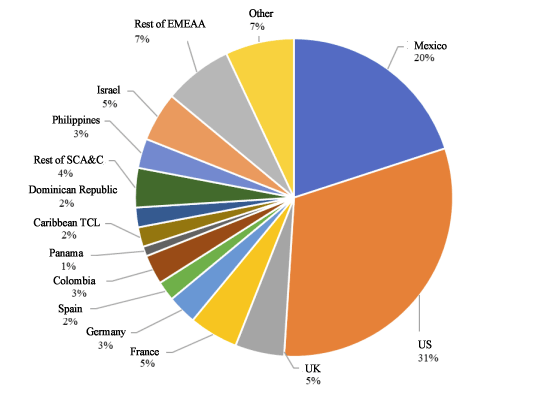 Chart 1: Geographic breakdown of Cemex’s revenue in the first half of 2020. Source: Cemex.

This direction of travel for the company has at least two threads that can be seen in the announcements surrounding its new strategy. The first covers the geographical spread of its current portfolio of assets. European countries and the US represented a little under half of Cemex’s revenue in the first half of 2020 as can be seen in the chart above. So focussing on these territories makes sense from an existing portfolio perspective, especially if growth has continued throughout the coronavirus crisis, as is the case in the US. In the general information accompanying its new strategy it broke down revenue by business line so far in 2020 as cement (42%), concrete (41%) and aggregates (17%).

To be fair to Cemex, its decision to focus on certain geographical regions mirrors recent moves at other multinational producers like LafargeHolcim and CRH. The former (mostly) sold its operations in South-East Asia in 2018 and 2019. Albert Manifold, the chief executive officer (CEO) of the latter, memorably favoured the safe and stable earnings of investing in assets in Europe or North America over doing so in somewhere ‘more exotic’ in an earnings meeting in 2019. However, Cemex doesn’t seem overly wedded to sticking to assets in Europe and/or the US either. It recently decided to mothball its South Ferriby integrated cement plant in the UK and sold a plant owned by its Kosmos Cement subsidiary in the US earlier in the year. Fernando A González, the chief executive officer (CEO) of Cemex, confirmed this in the questions and answer session after the strategy launch on 10 September 2020. When asked whether the company was considering selling assets in Asia and Latin America he replied that Cemex was open to divestments in Latin America or in the Mediterranean or in Asia but that driving down debt was the motivator, not coronavirus.

Debt is the other factor that has been persuading Cemex to focus on the US and Europe. It has been the smell clinging to its decisions over the last decade since its poorly timed acquisition of Rinker in 2007. The company stuck out with a high debt to earnings ratio when this column looked at the state of the major cement producers as the coronavirus lockdowns started in Europe: hence all the talk of paying down debt in its ‘Operation Resilience’ strategy. The company now hopes to whittle its net leverage down to at most 3x by 2023. At the same time as this market-calming announcement, it is in the process of changing some of its credit agreements such as extending a US$1.1bn loan from 2022 to 2025. It has also priced another US$1bn worth of senior secured bonds this week in its ongoing drive to raise more funds. This reliance on loans may explain why Cemex has shrunk back towards ‘safe’ markets over the last decade.

Cemex isn’t alone in cooing out market-calming noises as the coronavirus crisis continues. Buzzi Unicem has done the same thing this week for example. Yet, these announcements are instructive because they show what’s on the minds of these companies at least, or what they think investors want them to be thinking about. In Cemex’s case it could be summarised as: make more money more efficiently, cut debt and try to factor sustainability into all of this. Note, however, that as dominance in both industry and geopolitics heads east, Cemex is sticking to the west.