There is plenty to mull over on the Chinese cement market at the moment as the half-year reports for the major cement producers are being published. Anhui Conch revealed this week a glowing balance sheet with a 33% jump in its sales revenue to US$4.79bn. It attributed the boost to a ‘significant’ increase in prices and continued discipline with production and operation costs. Although CNBM is scheduled to release its results at the end of August 2017, Anhui Conch appear to be well ahead of its next largest rivals locally as can be seen in Graph 1. 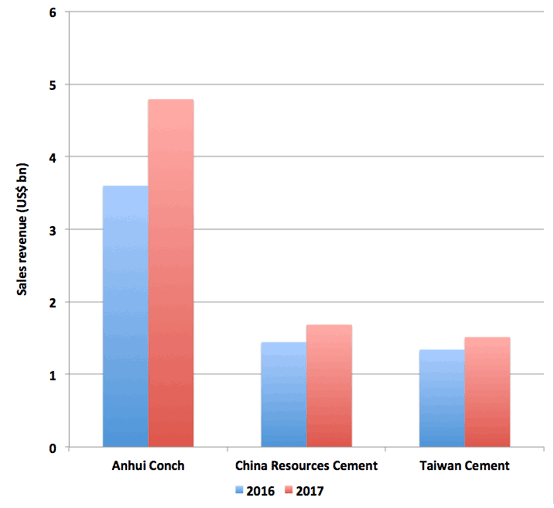 Beyond the headline figures it is interesting to pinpoint the areas in China where Anhui Conch says it isn’t doing as well. Its South China region, comprising Guangdong and Guangxi provinces, suffered from competition in the form of new production capacity, which also in turn dented prices. Despite this ‘black spot’ in the company’s regional revenue still grew its sales in double-digits by 14%.

The other point to note is the growing number of overseas projects with the completion of a cement grinding plant in Indonesia, new plants being built in Indonesia, Cambodia and Laos, and projects being actively planned in Russia, Laos and Myanmar. The cement producer also opened seven grinding plants at home in China during the reporting period. It’s not there yet but it will mark a serious tipping point when the company starts to open more plants outside of China than within it. With the government still pushing for production capacity reduction it can only be a matter of time. On that last point China Resources Cement (CRC) reckoned in its half-year results that only four new clinker production lines, with a production capacity of 5.1Mt/yr, were opened in China in the first half of 2017.

After a testing year in 2016 CRC’s turnover has picked up so far in the first-half of 2017 as its sales revenue for the period rose by 17% to US$1.67bn. Despite its cement sales volumes falling by 9% to 33.6Mt, its price increased. Given that over two thirds of its cement sales arose from Guangdong and Guangxi it seems likely that CRC suffered from the same competition issues that Anhui Conch complained about. 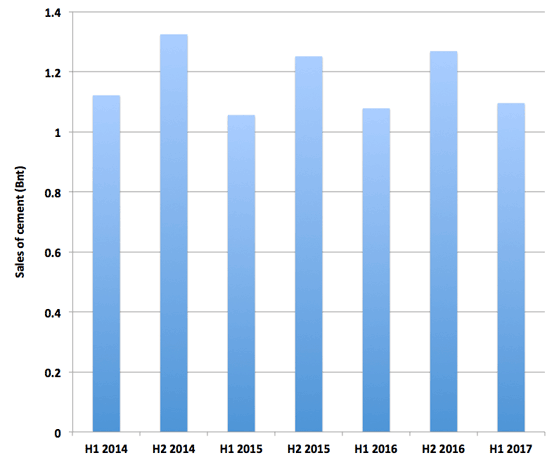 Graph 2 adds to the picture of a resurgent local cement industry suggesting that the Chinese government’s response to the overcapacity crisis may be starting to deliver growth again. After cement production hit a high in 2014 in fell in 2015 and started to revive in 2016. So far 2017 seems to be following this trend.

Returning to the foreign ambitions of China’s cement producers brings up another story from this week with news about the Nepalese government’s decision to delay signed an investment agreement with a Chinese joint venture that is currently building a cement plant in the country. With the prime minister visiting India the local press is painting it as a face-saving move by the Nepalese to avoid antagonising either of the country’s main infrastructure partners. This is relevant because the cement industries of both China and India are starting look abroad as they consolidate and rationalise. Once China’s cement producer start building more capacity overseas than at home, conflicts with Indian producers are likely to grow and present more awkward situations for states caught in the middle.