As most of the larger cement producers have released their financial results for the third quarter of 2019 it’s time to see how they are doing so far this year. 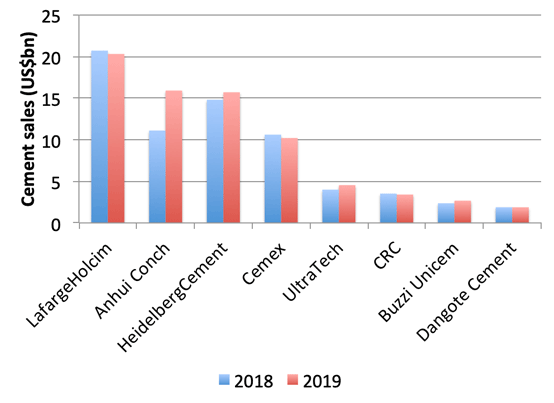 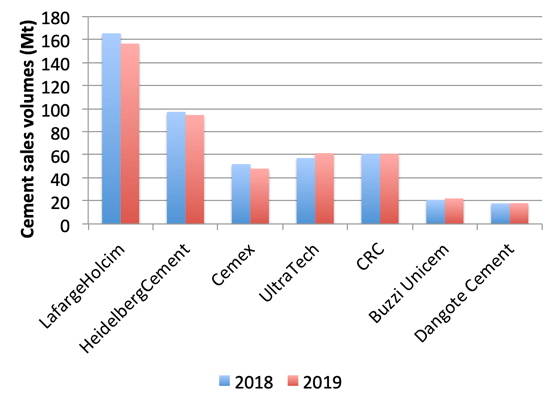 LafargeHolcim is looking good, with rises in both its net sales and earnings on a like-for-like basis. The sale of its assets in South-East Asia earlier in the year and in 2018 may have appeared to reduce its figures, but the like-for-like growth suggests that the strategy its working. This has been driven by markets in Europe and North America as its other big market, Asia, has continued to slide. The latter vindicates the group’s decision to partly leave the region, in the short term at least. It’s also interesting to note that at the macro-scale LafargeHolcim’s ready-mixed concrete (RMX) sales fell by 1.3% on a like-for-like basis to 7.4Mm3 in the first nine months of 2019. What does this mean for a building materials company that has been moving towards the whole supply chain and concrete?

HeidelbergCement’s financials were solid, with growing revenue, earnings and profits. This was balanced by falling cement and clinker sales volumes. Cement sales fell in all group regions with the exception of North America. However, it was able to boast about ‘positive results in all group countries in the third quarter except for Egypt’s. Company head Bernd Scheifele summarised the sitaution by saying that, “price increases and strict cost discipline more than compensated for the slightly weaker demand for our products in the third quarter.”

Of the building materials companies with larger revenues, Cemex has had a tougher time of it so far in 2019 with declining sales, cement volumes and earnings. In part this has been due to a poor market in Mexico, although chief executive officer (CEO) Fernando A Gonzalez said that the group believed that weak demand for their products was ‘bottoming out’ and that a new infrastructure program made them hopeful looking forward. The group’s Middle East and Africa region also caused concern with a 3% drop in sales volumes in the Philippines, one of its key South-East Asian territories.

Things to note from the smaller producers featured here are as follows. India’s UltraTech Cement says it is the world’s third largest cement producer outside of China. With an installed production capacity of over 100Mt/yr in India this may well be the case. The vast majority of this is based at home in India. Alongside this, its financial figures seem buoyant as it continues to integrate new acquisitions such as Century Textiles and Industries into the business. By contrast Africa’s Dangote Cement has endured mixed fortunes so far 2019 with a modest rise in cement sales volumes and small drop in revenue and a larger decline in earnings in both Nigeria and operations elsewhere in Sub-Saharan Africa. At home this has been attributed to a subdued economy and elsewhere it has pointed to poor markets in South Africa, Zambia and Ethiopia. On the positive side though promotional marketing activity at home in Nigeria helped support an improved third quarter.

Summarising all of this is difficult given the very different nature of these large companies. Generally most of these companies are growing. One takeaway to consider is the emergence of two types of cement producer models at the top end: multinationals and large-local players. In recent years the rise of the large-local player has been a story mirroring the economic prominence of China and India. One can also see it in places like Indonesia and Brazil. The worry is that these kinds of companies are more exposed to regional economic risks than multinational ones. Yet in 2019 some multinational cement producers are also having problems. Whatever else happens, if fears of a new global recession come true, then these larger scale producer models will be tested, possibly to breaking point.